We take a look back: Additive Manufacturing Expo 2021

With the title "Additive manufacturing as a catalyst for technical innovation", Torson Injex CEO Oliver Schlatter took us into the world of additive tooling and how this process has developed over time. New tool combinations for the creation of prototypes, innovation driven by 3D printing and dwarves from the Discworld, these are just a few keywords from this exciting presentation.

Lorenz Camenzind and Peter Joder - the previous business owners of Torson Kunststofftechnik AG, are relinquishing management, but will continue to support the company in an advisory capacity for a while.

"After more than two decades of entrepreneurial success, the time has come to hand over our company - Torson Kunststofftechnik AG - to a new generation," says Lorenz Camenzind.

By the new generation, he means Oliver Schlatter and Tobias Ammann. They are the founders and owners of Injex AG in Schlieren, an ETH Zurich startup. The young company specializes in "additive tooling" - injection molding tools from the 3D printer.

The foundation stone of Injex was laid in 2015 in a prototype workshop at ETH Zurich. Frustration with the limited choice of materials and their properties in 3D printing led to the development of a refined injection molding process.

The ability to quickly create near-series prototypes is of particular interest to companies developing products made of plastics. They can use injection molded prototypes created at short notice and in small quantities, in order to access and thus test production materials at the development stage. This represents a major advantage for many applications in industry. 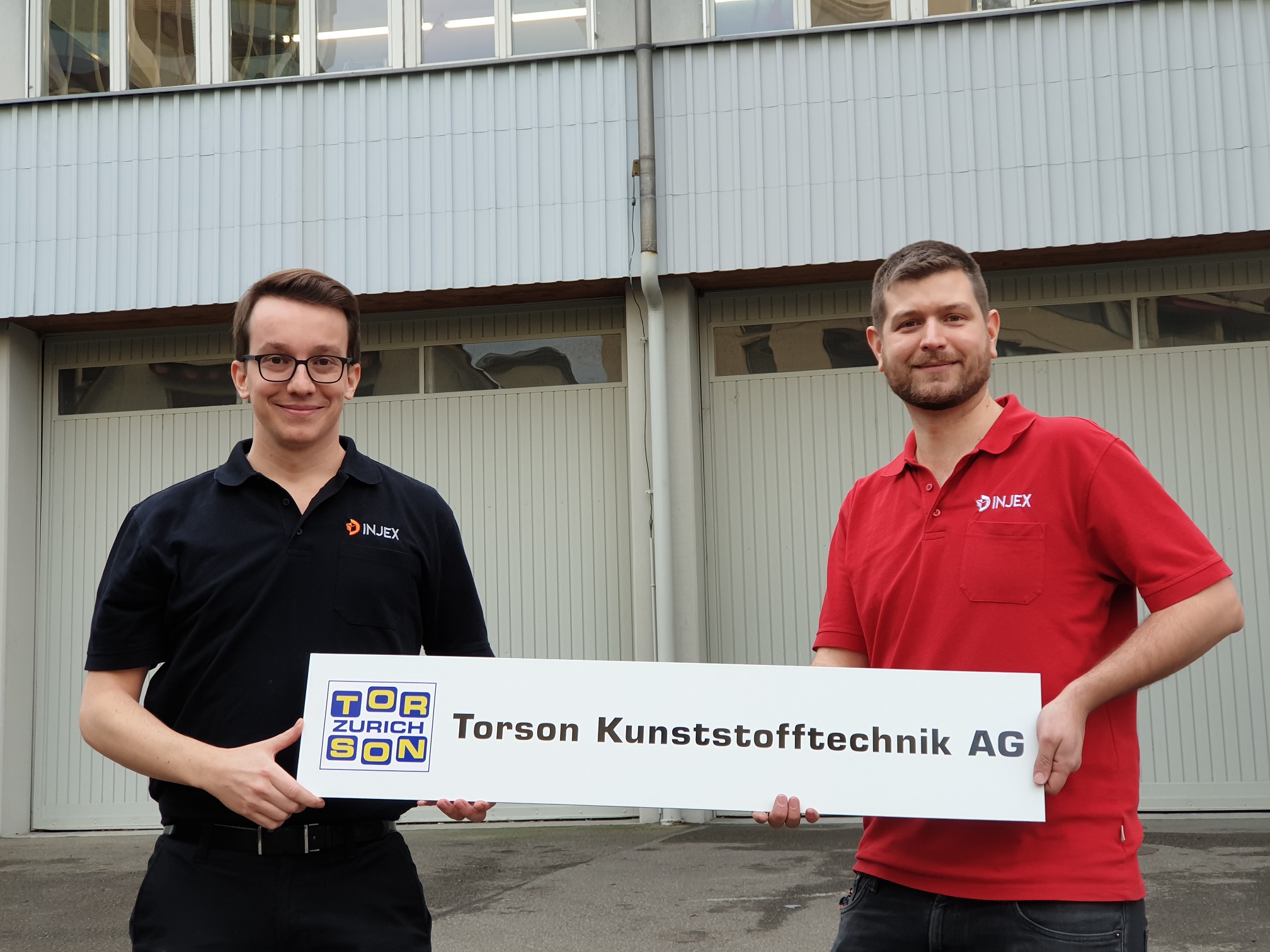 We will be happy to provide you with further information on the business takeover upon request.

We are looking for a challenge

Would you like to test your prototypes in production-grade materials? Don’t hesitate to contact us! Quotes are usually sent out within a few hours. And we are open for development collaborations as well.